What to Expect Your First Year at Uni

As the year draws to a close and we look forward to all the fun of 2012, it’s time for a bit of relection – and an excuse for me to pass on some of my student “wisdom”.

The first year of university is a time many students look forward to. Moving out of Mum and Dad’s dictator-esque control. No more sleeping on old, squeaky bunk beds. No more siblings losing your stuff (then claiming they had nothing to do with its disappearance – even though you know they do). The best bit of all? Moving to uni means just that – you get to move out!

I loved my first year (a hell of a lot more than I did my second) partly because I was exposed to people from completely different walks of life than I was.  I was given accommodation in one of the two international halls (they’re usually held for international students, so receiving accommodation there was rather serendipitous), so I shared a kitchen with some of the most interesting people I’ve ever met.  They hailed from Tokyo, Chicago, Sweden, Malaysia and Dubai!

The day I moved in, the rest of my floor were having a little “getting-to-know-everyone” shindig.  Nothing major, just a few brews and a large pizza shared between the 11 of them.  They saw me with my bags and were so helpful; they carried my bags into my room and insisted I join them in the kitchen. I did and had one of the best nights of the year.

If you love to sleep for long periods, your first year of university may have a few surprises for you. 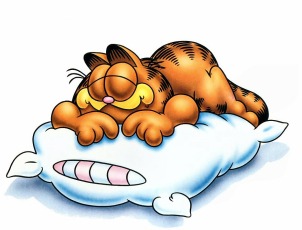 Expect many late nights, early mornings and long days.  Going out the night before a deadline is something everyone I know did in his/her first year (one time I hadn’t even begun the essay I was due to hand in at 10AM and I was out until about 3.30.  It took a lot of Red Bull and cold showers for me to complete it in time).  Not that you’ll be out drinking or clubbing every night 😉  Sometimes you’ll be in the library – not studying, just hanging out.  Or sometimes you’ll be in a friend’s kitchen, which is also a popular hang out zone.  Then, eventually, your body clock will give way, and you’ll spend many nights awake watching the best television that Freeview has to offer; Snog, Marry, Avoid or Maury – the latter being amongst the most popular of university topics.

My advice on the ‘up late for no reason’ issue?  Make sure you have a good alarm – whether it’s on your phone or an actual alarm clock.  They are lifesavers.

When at university, expect to be surrounded by “the hooch”, some “brew”, a few “brewskis”, “the hard stuff”, “the tangy juice”, “the sauce” and some “booze”.  All are aliases for our livers’ mortal enemy; alcohol.  Whether you’re a light, heavy or non-drinker, there will be alcohol around you. To the drinkers: know your limits. To the non-drinkers: look out for your mates.

Drunken adventures are pretty much part and parcel of university life. But be warned, not all adventures are as entertaining and awesome as the scenes from Get Him To The Greek.

On the subject of “relationships”, I’ll keep it brief. Some people go to university hoping to meet someone they might, one day, be brave enough to take home to the parents.  Others go to uni hoping to become the new Charlie Sheen. I won’t bother with the awkward sex education details – just STAY SAFE.

I hope you do have a brilliant first year and make a lot of friends.  There’s a freedom about your first year that you’ll never again experience.  But, make sure you enjoy everything in moderation and don’t forget why you went to university – to learn!